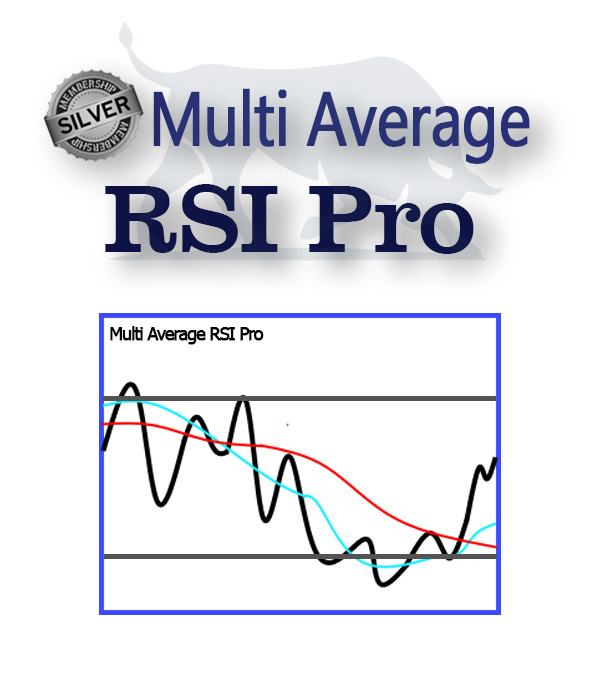 The Multi Average RSI Pro indicator is an optimized indicator that is formed using two different moving averages. This indicator takes data from smaller and larger timeframes and issues an exit and entry signal in the formation of the cycle. How to signal from this super-functional indicator can be seen in product examples.   **Note: You can test the product without registering, but follow the registration steps for full access to use the product.

You can see a short signal from the Multi Average RSI Pro indicator in GBPUSD, 4H chart. The chart shows that the uptrend has been broken and the RSI has fallen below 20 level. At the same time, the Moving averages have completed their ascent and crossed each other after a neutral trend. By moving the lighter MA under the heavier MA, the short signal is confirmed.

You can see a long signal from the Multi Average RSI Pro indicator in GBPUSD, 4H chart. The price has broken the symmetrical triangle pattern upwards and in case of short-term resistance failure, you can expect an uptrend. At the same time, the RSI has risen from level 20 and taken an upward trend. Moving Averages also crossed each other after the neutral trend and increased their distance from each other. The lighter MA higher than the heavier MA after cross, confirms the long signal at this point.